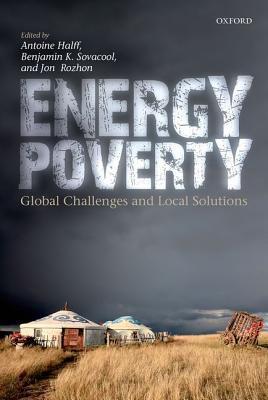 Nearly one quarter of humanity still lacks access to electricity. Close to one third rely on traditional fuels like firewood and cow dung for cooking, at great cost to their health and welfare. While most prevalent in parts of Africa and Asia, energy poverty is a global problem which concerns us all. This book, which brings together economists, policymakers, entrepreneurs, and other practitioners from all over the world, is dedicated to a single goal: finding a solution to this haunting problem.

It is part history, part economics, part political analysis, part business case review, and part field handbook. Part One focuses on defining and measuring the problem and benchmarking progress in solving it, an obvious prerequisite to any successful energy-access policy.

Part Two reviews past and current energy access programs, with an eye towards finding out what worked and what didnt and what can be replicated elsewhere. These case reviews are told as seen on the ground - Chinas experience by top Chinese officials and Africas by African regulators and scholars. Based in part on those cases, the books last, more forward-looking section aims to present practitioners with a tool kit, a menu of options to speed up their efforts. The energy access agenda is gaining traction at a time of rising concerns about climate change and resource constraints.

This book shows that bringing modern energy to those who lack it not just a moral imperative, but will likely benefit the world as a whole without harming the environment or unduly stretching finite resources.