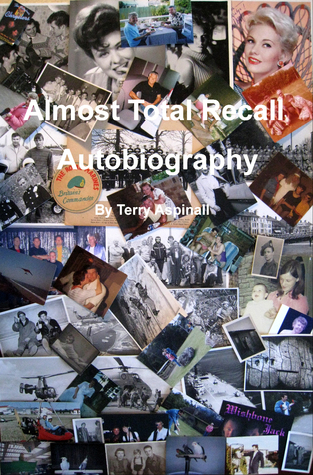 Although with that wonderful tool known as hindsight, my reading and writing skills would have served me well in the writing of this book. I should have taken the trouble and given the teachers my full undivided attention and not the girls sitting next to me, while behind me was always the wall. Yes I was a back of class type of guy who was always getting into trouble and talking during class.

Upon leaving school I became what was known as a Teddy boy and hung around with the Ipswich town local gangs. Once the novelty began to wear off, and I realised that if I carried on along the path I had chosen, it would only lead me into trouble with the law, so I decided on a complete life style change and joined the Royal Marines.

My growing up during this period of time can certainly be attributed to my Royal Marine training, something that is still part of my life to this day. I tell of my service years and of being on active service in Borneo. Upon my release I became very interested and involved in the Rock n Roll music of the day, and helped form a local band in the town of Leiston in Suffolk. I also became involved in the then new sport of hang gliding. Which later lead me to strapping an engine on to my glider, and being amongst the first in the UK to pioneer the sport of Microlighting, and to set a record that still stands to this day.

Eventually while working for Bernard Matthews I upped my family and immigrated to New Zealand, to help build a new factory in a small county town of Waipukurau on the North Island. Where I experienced a complete new style of living that my family and I all enjoyed, and took to it like ducks to water. It was a taste of what was to come when after three years I once again up rooted my family and move over the ditch as they say to Australia.

Where I later became involved in the changing of history involving the invention of the Modern Hang Glider.