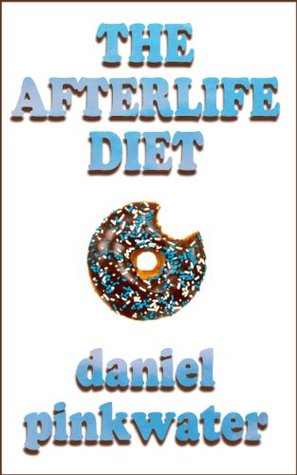 *NOT A CHILDRENS BOOK*From Publishers Weekly: The gonzo humor and imagination that popularize Pinkwater as both NPR commentator and childrens author permeate every line of his hilarious third novel for adults. Echoing A Confederacy of Dunces in tone, iconoclasm and choice of subject matter (right down to the inclusion of fat men, hot dog vendors and Trailways buses), this is an out-there New York Jewish fantasy of dizzying proportions and convolutions. Hugely obese and a lousy editor, Milton Cramer is murdered and finds himself in a Heaven that is a Catskills resort where everyone is circumferentially challenged, God is a stand-up comic and there are no prunes.

In flashbacks, Miltons nemesis turns out to have been Milo Levi-Nathan, former employee of Bird Wirld [sic], owned by his stepfather, Felix MacGregor. Milo subsequently becomes a counterman at Rubensteins Orthodox Hot Dogs and sends proposals for novels (like Mamzers from Cassiopea [sic]) to Milton. Milton rejects them all, including one he has lost without reading.

So when Felix anoints Milo as a son of his ancestral Blint (you have to be there) and orders him to fulfill his destiny, Milo murders Milton. Throughout, the spherical antagonists bounce up against one another and a riotous supporting cast, including a face-stuffing psychiatrist, a channeling literary thief, deli owners, publishing moguls, diet gurus and big women. You need a wacko sense of humor for this one, but those who qualify will read it a dozen times over and laugh out loud each time.

Comments
Comments for "The Afterlife Diet":